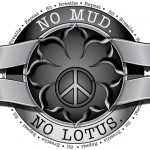 The deepest darkest mud is where the largest most beautiful lotus flowers grow. From hard and unclean beginnings something wonderful can emerge.

I changed to a new web hosting company.  I have had the same web hosting company for almost 8 years.  They were pretty good. My site was up and running and my email worked.  With the exception of about 4 hours, in two separate instances everything worked perfectly for 8 years.  I really couldn’t ask for anything else.  I was able to host 2 other sites on my account and they too also had almost 100% up time. But I still changed.

Up time stats aren’t the only measure of quality, especially for me.  I don’t have sites with a high level of traffic. My sites don’t have ecommerce.  Meeting the basics is all I really ask for and all I really want to pay for.  When my renewal notice popped up in my inbox I was surprised to see yet another increase in the price. It’s still basically affordable at $107/year but nearly $40 more than last year! (It’s a different issue and one that infuriates me when hosting companies offer very low intro rates for new customers then double the rate when you renew. Essentially screwing you for being loyal.)

I sent the billing department a question – why is my renewal rate so high when your advertised rate for   renewing customers is lower?  Their response was disappointing. Basically they said that renewing for just a year instead of three cost more and that rates had gone up because they had updated their technology on the hardware and software end.  OK, all of that is valid  – except on the software end I was still logging into the same antiquated control panel that I had been using for 8 years.  On the hardware end my sites were still sitting on the same server they had been on for 8 years. That meant that I was paying for the new hardware and software of customers who were getting a rate almost a third of my rate, a loyal customer for 8 years. Buh Bye!

So the painful process of shopping for a new hosting company began.  I compared prices and features, read reviews until my eyes were blurred.  I was just about to pull the trigger and something would throw a monkey wrench into the works.  One company sounded great but the reviews were horrible and consistent on the reasons. Another was almost perfect but wouldn’t allow me to host my two additional sites without bumping up to an expensive plan. Many had that same damned low intro rate that more than doubled upon renewal. I’m boycotting that.

Then I just happened to run across A Small Orange.  Inexpensive plans based on the two things I use – storage space and bandwidth. I could have everything that I wanted at a fraction of the price of my old host. My rate would be the same this year and next year. They run the latest cPanel software. Uptime rates are comparable to the old guys.  OK let’s do this.

OH. MY. GOD. What have I done?  I now have to migrate 3 sites to a new service. I hate dealing with server side issues.  They’ve billed my credit card. It’s a done deal. This is happening. Wait I have questions! How does this work! How does that work!

Every step of the way I have had wonderful support folks that have been patient and calm and helpful until the situation was resolved.  I can not say enough positives about the support staff at A Small Orange. I’ve had a ton of questions and every single support ninja – as they call themselves – has been above and beyond what I was used to.  Today I had the longest wait time I have experienced – about 5 minutes.  It’s chat based support. You can pay for phone support if you need it but I like seeing it in writing and that’s free.

I’m not trying to run a sales piece for them but so far I have been very pleased with the decision I made.  For those out there thinking about building a website for your small business you’ll understand how confusing and complicated it all can seem. There are hundreds of options, rates, technologies. All of the companies say they’re the best and cheapest.  So if you’re in the market for a web page I highly recommend my new hosting company to host it and if you’d like to make it even easier on yourself I highly recommend calling me to help you design and launch it.

This is a bit of an interview I did a few years ago with a web reporter from The Knoxville News Sentinel. (I’m not speaking in the “royal We”. I had a business partner at the time and I was referring to the two of us.)

There have been some big changes since this interview was done:  I moved the office, fired the business partner,  and moved my focus back to the creative and less on the media buying. Even with all that, the philosophy I started this business with is still the philosophy that guides me.

The infectious quality of Pharrell Williams’ song “Happy” can not be overstated.  Here’s a nice clip of Pharrell being moved by the impact his song has had.  Very few pieces of art have the impact that a piece of commercial art can have because of the reach that various media can bring. This song transcends any expectation.  Also, it’s really a fun song!
Pharrell cries Happy tears.

In the spot the young girl scout lists all of her achievements and then asks the office worker what he did to deserve the thin mint flavored creamer.

This is another in the advertising trend featuring people being an ass to the prospective consumer. I guess it’s funny because it’s a little girl scout telling the guy that he’s only worthy of using the product because she likes his tie?

Here’s an option – instead of making the little girl be a jerk, maybe she could have, in true Girl Scout fashion, made the poor office schlub’s day better by giving him some delicious thin mint creamer.

Girl Scout: Just reloaded the printer ink?
Office Guy: Yeah. It’s tricky.
Girl Scout: Why don’t you have some Thin Mint flavored Coffee-mate. It’s only one of the most delicious cookie flavors ever.
Office Guy: Thanks!
Girl Scout: Just finished an energy audit of the building. Now off to my dog walking business.
Skips away. Stops at the door turns back and smiles
Girl Scout: I like your tie.

Still funny. Still creates the contrast between over achieving girl scout and office drone. No longer has anyone being a jerk.